Glebe Hill Car Park Shade Sails.
This project saw the usually benign shade sails at a shopping centre transformed into breath taking art installations that have enormous presence, scale and impact. It represents the largest printed carpark structure in the southern hemisphere and along with it were a number of "firsts" challenges for the various delivery partners. It was a giant learning curve for the various teams members as the usual workflow and tolerances of the structures became critical in delivery of the artistic visions. The breath taking end result is a testament to the teamwork between Kings outdoor, Cultural Capital and studio.mckeon. 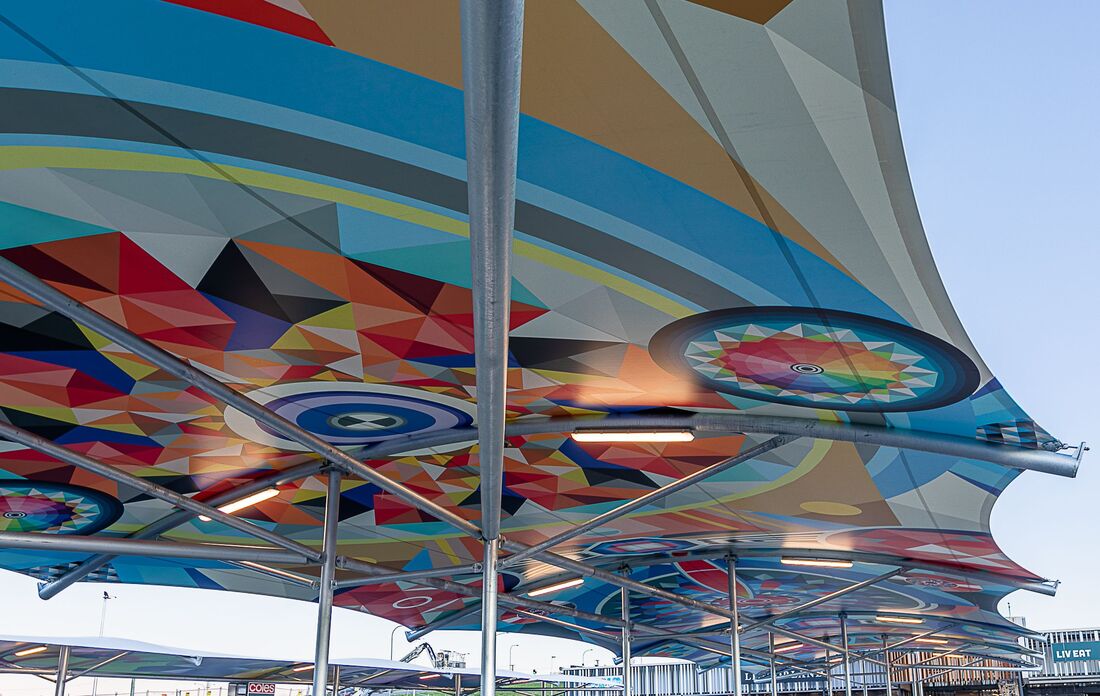 Parallel Development.
Through the artwork production the shade sail structure and sail shapes had a number of revisions. A key issue was in the way that each of the panels aligned with each other, which was compounded by the vagueness of the auto exported cut patterns from the software. The artworks were eventually manually manipulated to fit each panel and the end result was impressively accurate, expedient and cost effective when compared with other parametric ship building approached to artwork manipulation. 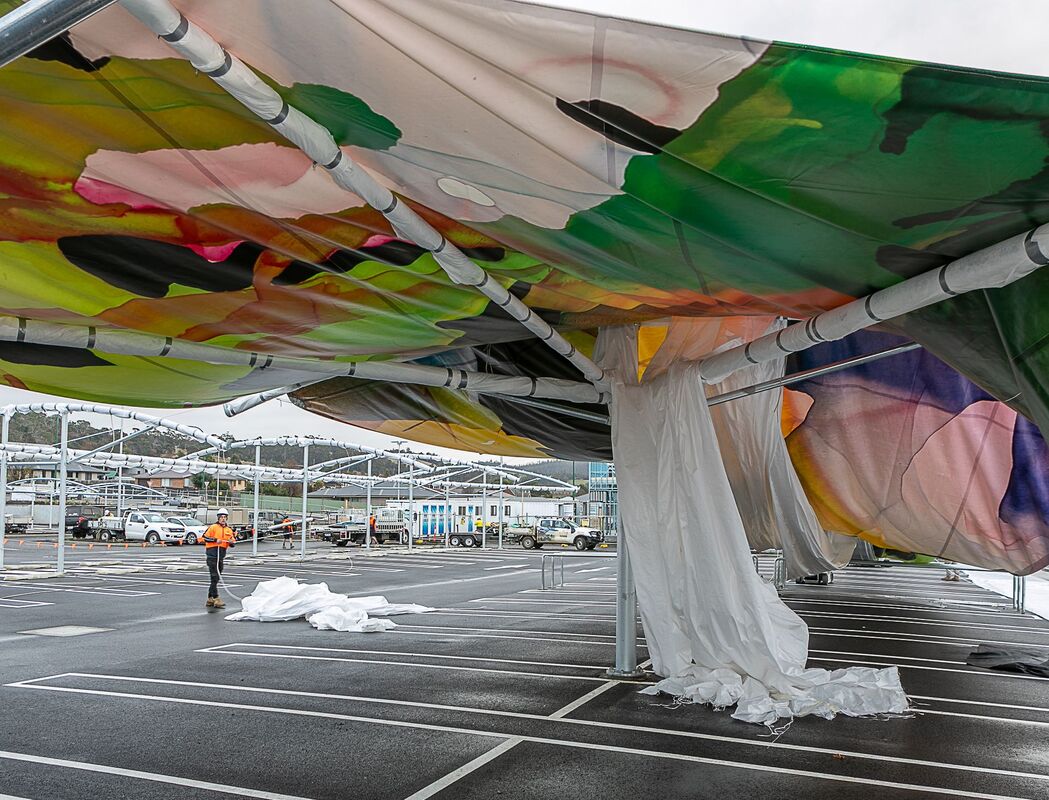 Thinking Outside of the Box
​The artwork provided by each of the artists were entirely unique which presented artwork manipulation issues where the limits of photoshop and illustrator became apparent. Working with Cultural Capital we developed a "proxy" workflow similar to video production whereby the artworks where each down sampled and manipulated, then "flipped" back out for high res versions whih were then supplied to the printers. 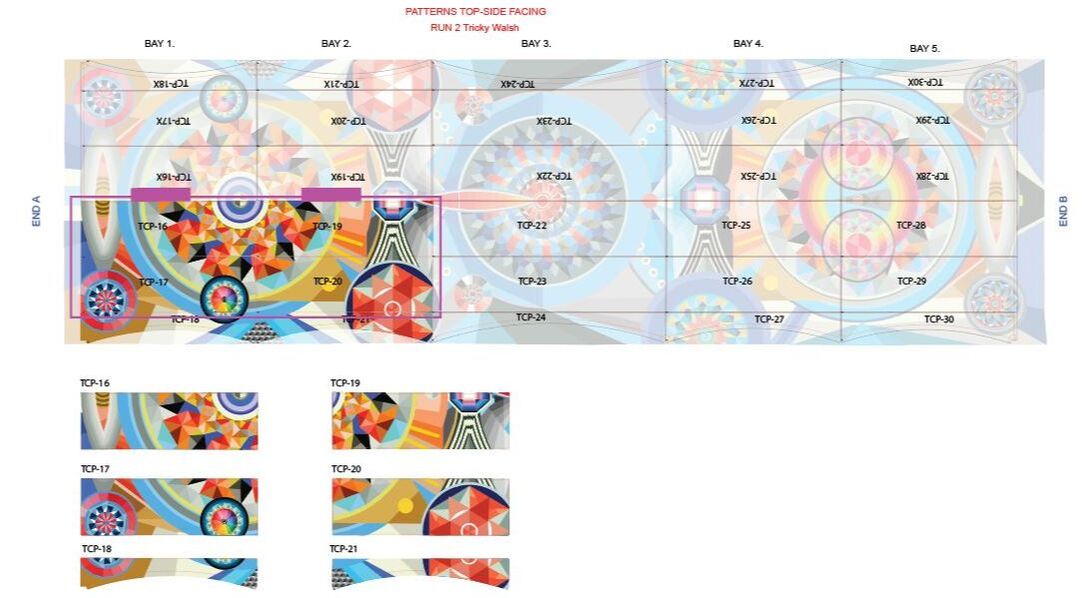 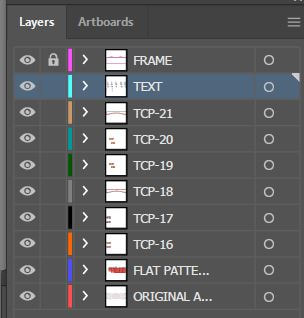 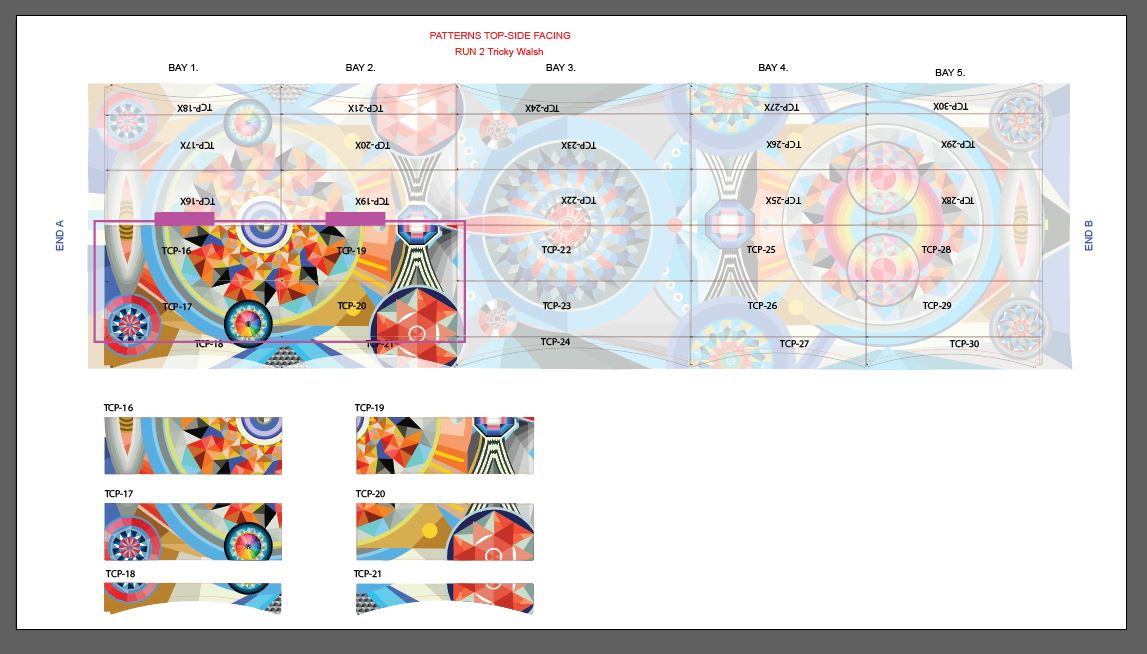 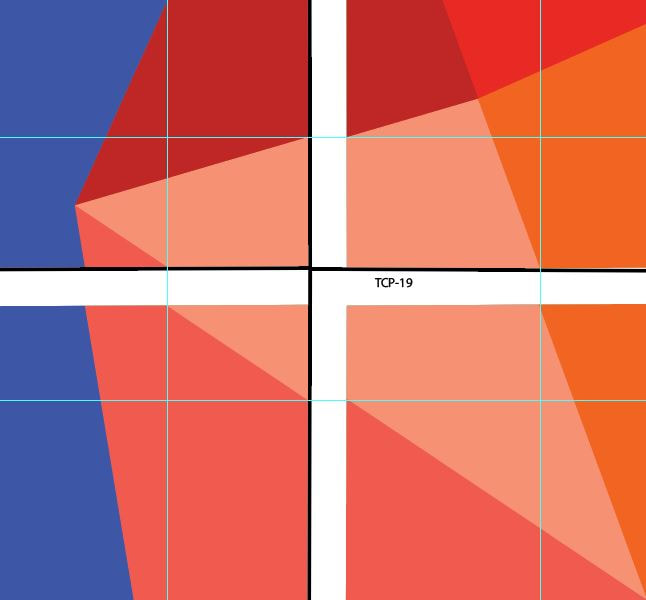 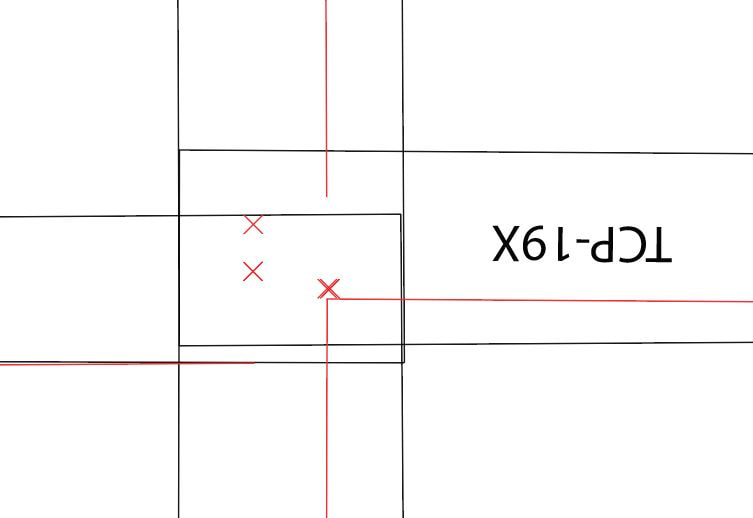 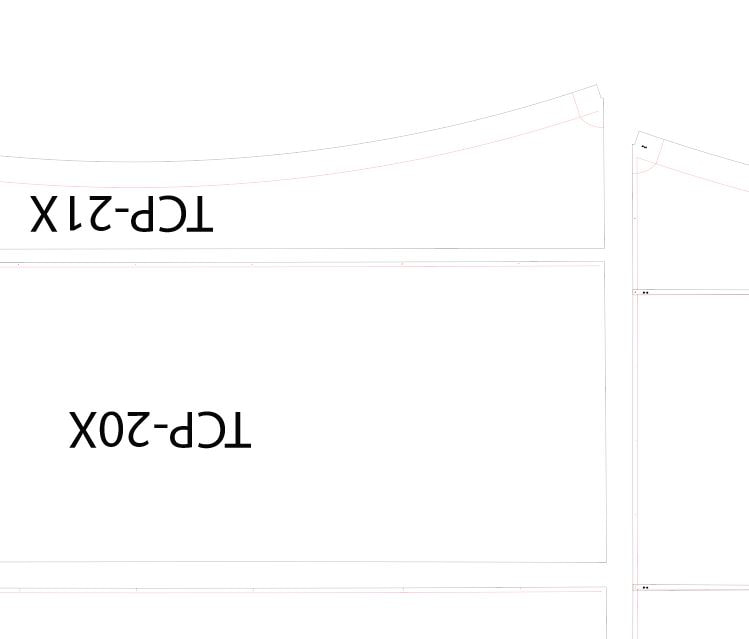 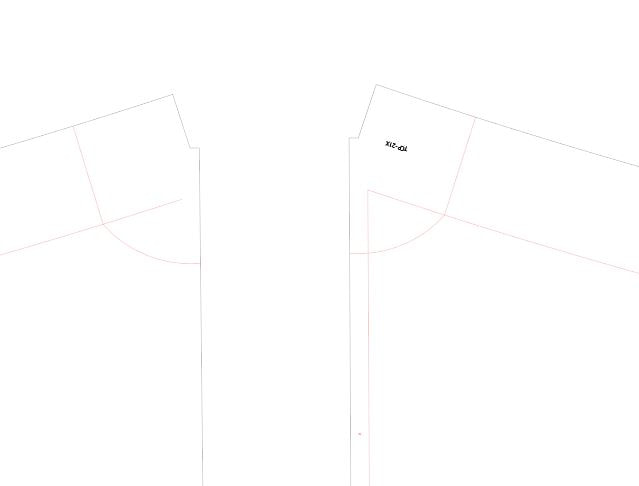 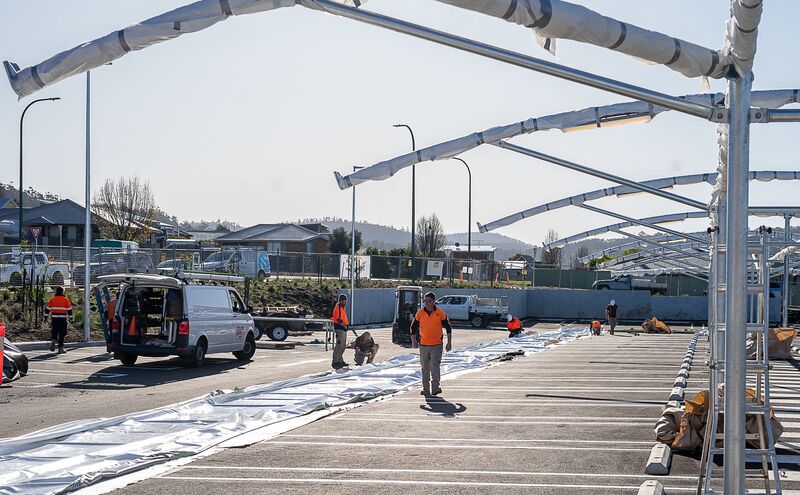 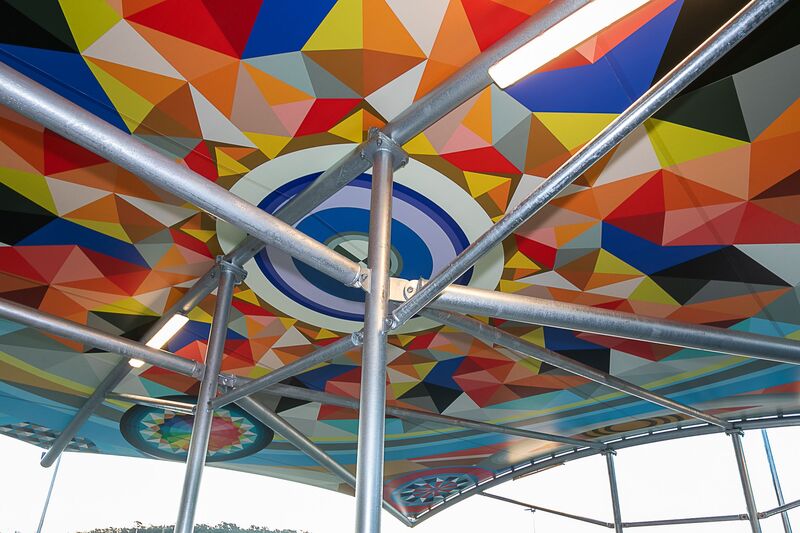 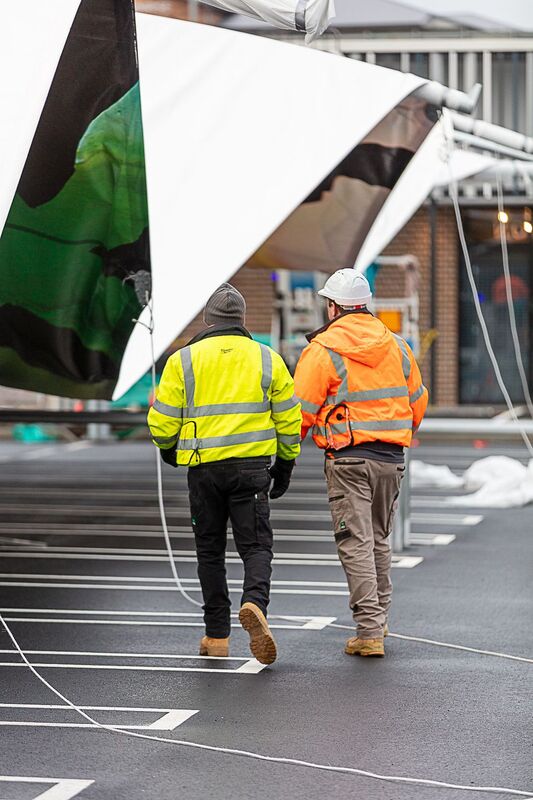 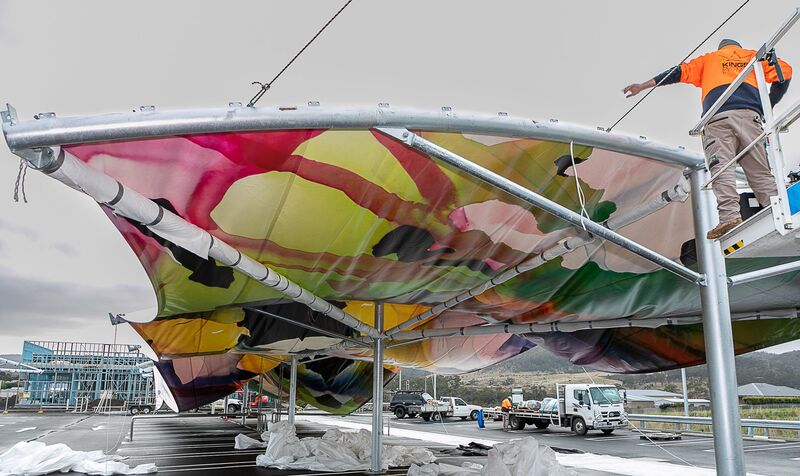 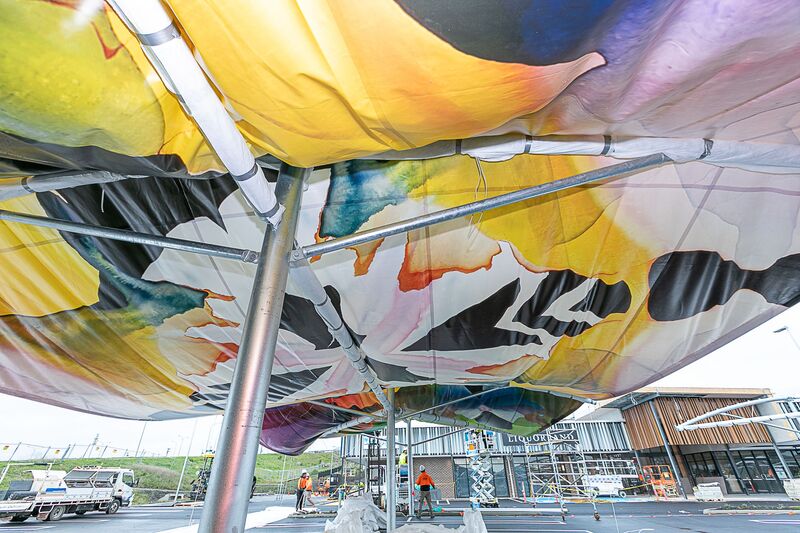 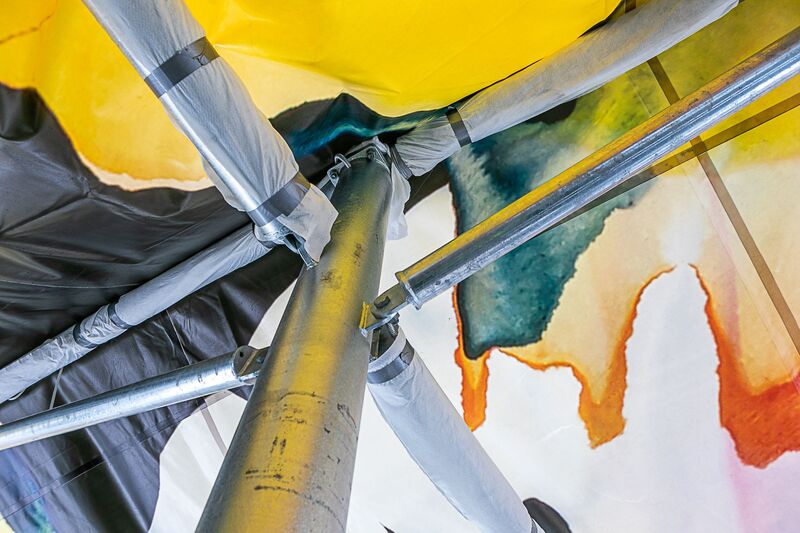 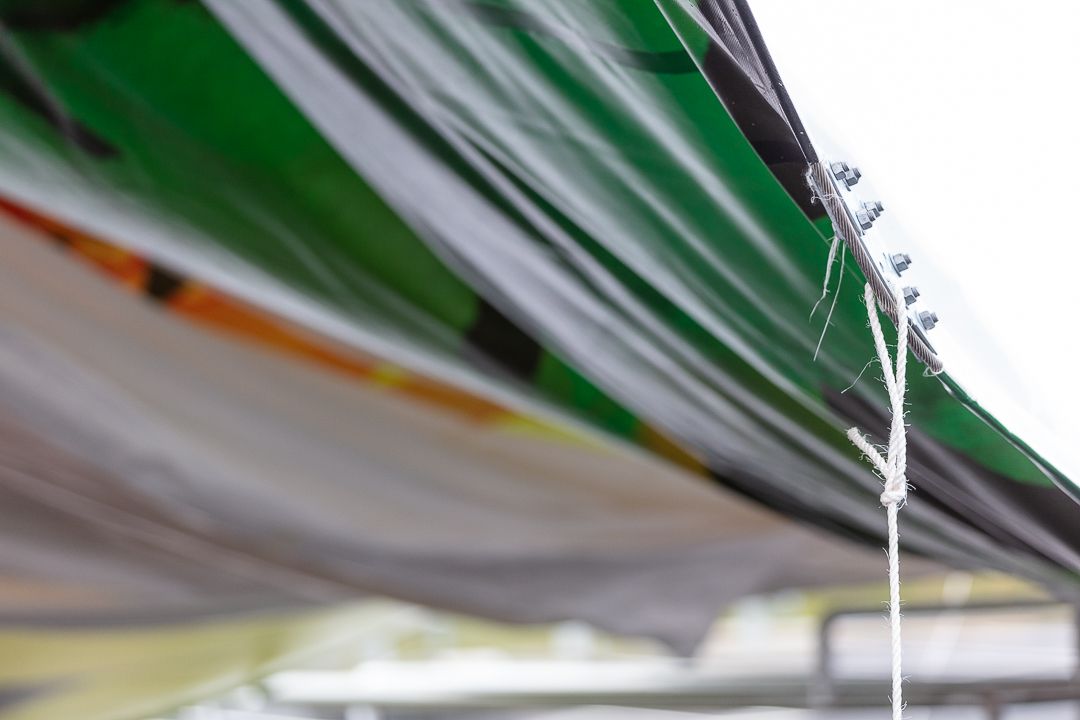 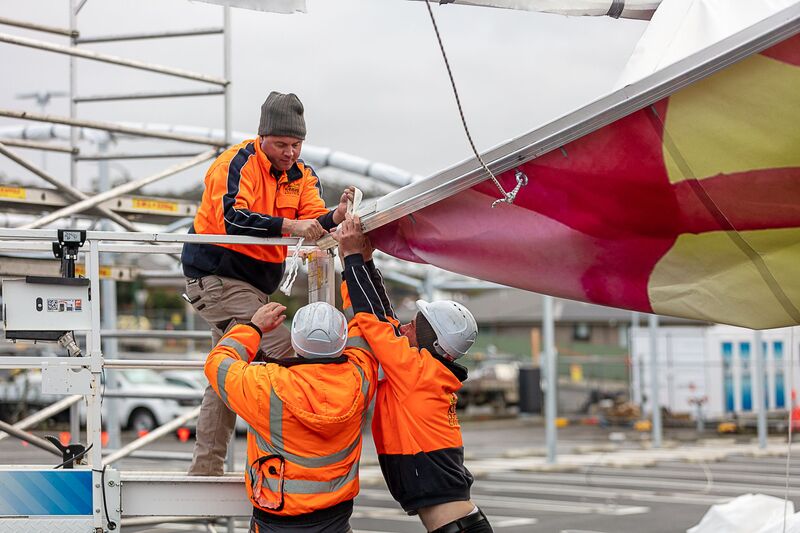 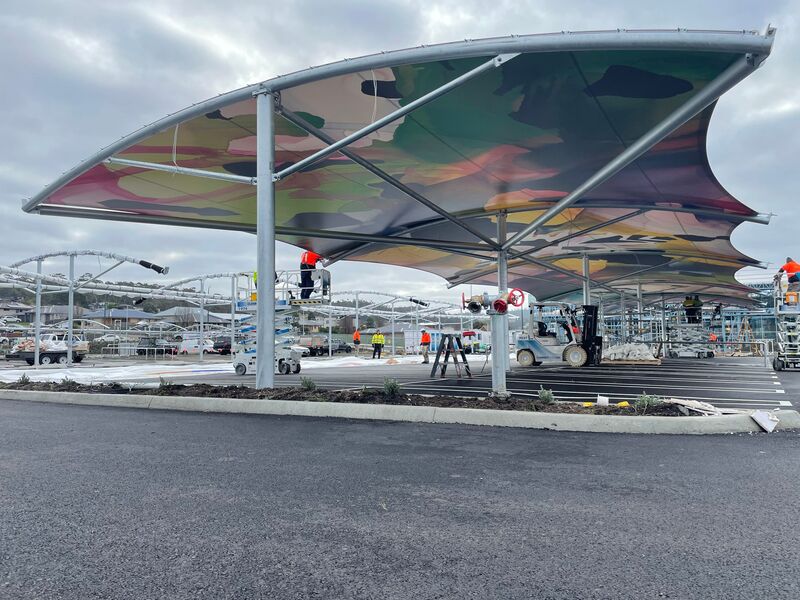 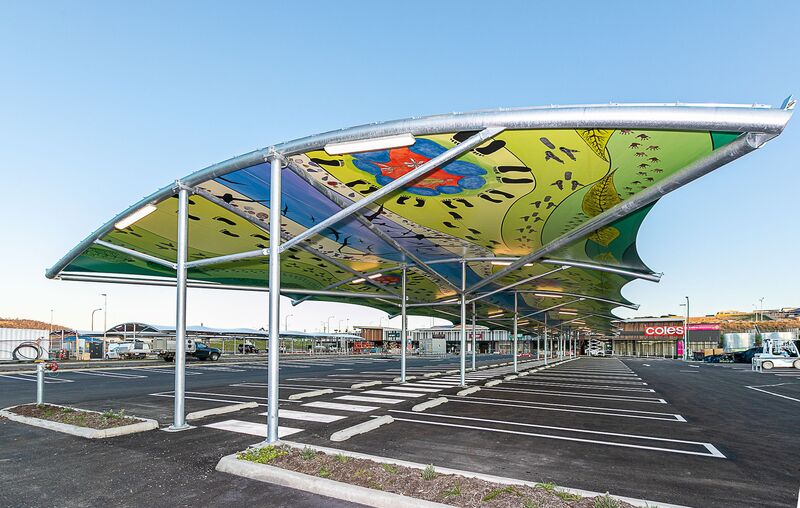 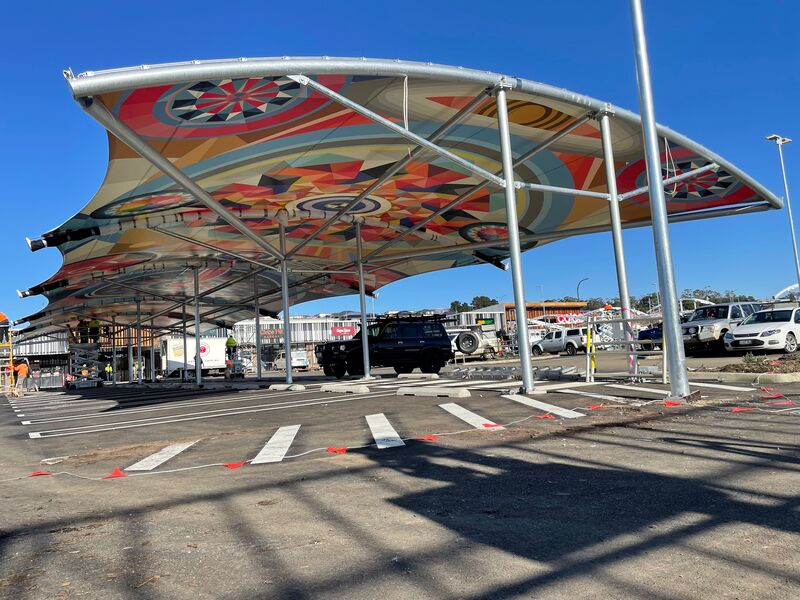